THE 11th COMMANDMENT - Thou shalt not criticise Israel

The second summit of the Inter-Parliamentary Coalition for Combating Anti-Semitism (ICCA)  concluded  in Ottawa, Canada, earlier this month.

The summit, which was attended by parliamentarians from some 50 countries, discussed ways to combat what was described as "a dramatic increase in recorded anti-Semitic hate crimes....."   (what about the increase in the savage state-sponsored   murders  committed by  Israel  in Palestine and Gaza, aided by their cronies in the West, especially the USA?  My comment)

The key outcome of the summit, however, proved to be controversial - a widening of the definition of anti-Semitism to encompass criticism of the state of Israel.

By arguing that the state of Israel  is  "the collective Jew,"   (doesn't that make Israel a racist state,  that practices apartheid on the native Palestinians?  My comment.)  criticism of the state of Israel could become de facto, an anti-Semitic act punishable by law. "


So, before this demand becomes sanctified by the West and other Friends of Israel  I had better  publicise these gems tonight in my blog.

These I got from the Muslim Association of Britain's  (MAB)  pamphlet  "Zionism - The Truth".    It had been in my keeping since before the 2003  War on Iraq.You can locate MAB at http://www.mabonline.net/. 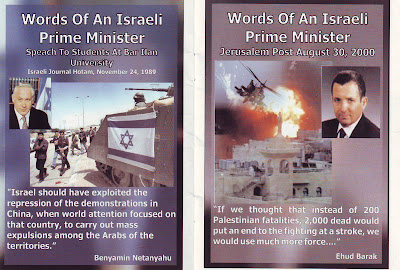 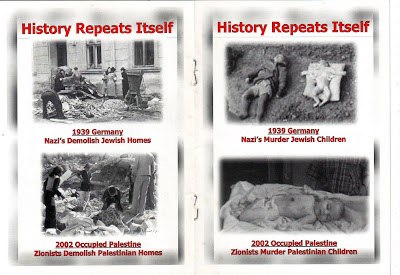 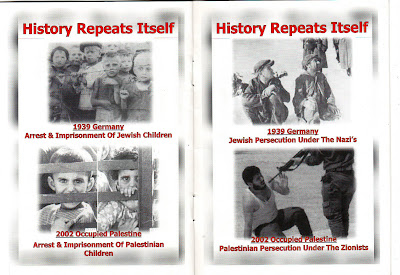 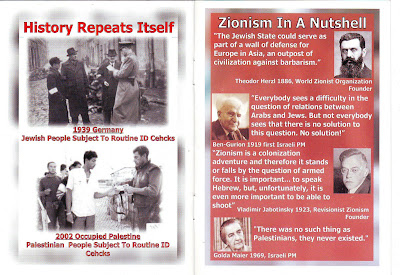 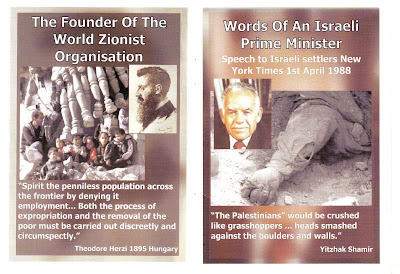 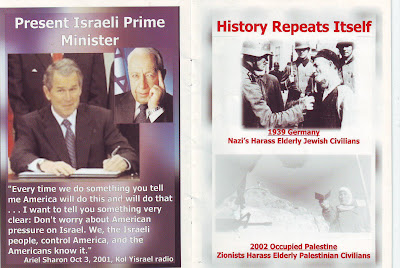 A few months ago,  we were attending a Seminar in Penang.  Among other things discussed, the panellists who were mainly from the Indian sub-continent  were waxing  lyrical about  non-violence and    the Gandhian  mode of opposing  aggression and assault  on the world stage.  I cannot see how  this 'turning of the other cheek'  mantra can  be applicable to  the Palestinians.  It smacks of crass ignorance and a blind disregard for the sufferings of the Palestinians for over 60 years at the hands of Israel and the USA.

I wished that these  'renowned'  academics  had also  considered  this statement by Malik El-Shabazz.

"Concerning nonviolence, it is criminal to teach a man not to defend himself when he is the constant victim of brutal attacks."

But then El-Shabazz is not as revered as Gandhi or the Dalai Lama.

You see, he is black,  an American who challenged  the WASP establishment and he's a Muslim to boot!

He was also known as Malcolm X.
Posted by anak si-hamid at Friday, December 03, 2010

Thank you for this one of the many eyes-opener

Thank you Wan Sharif for your response.

I have been given the task of explaining to my 6 year old great-nephew Adam what Palestine and Gaza is all about.

He had been watching a video about suffering children in Gaza and he wants to know why?

I'm in the midst of sifting through what material I have. But where do you begin for a six-year-old?

Nothing new in this. The whole world knows of the duplicity and cunning of the Brits and Yanks in this, and many other, scheme of things.

But one sometimes wonders how the Americans, particularly, can countenance having their faces rubbed in the dirt by the Israelis - there is a theory running around that JFK's assassination, the attacks on the twin towers, etc have Mossad fingerprints all over them - and yet have any dignity left to spread around.

But what is more depressing is the attitude of those powerful Muslim nations in allowing this ethnic cleansing to go on.

I suppose they have been so preoccupied, as evidenced by the Wikileaks cables, with Iran's nuclear program that they would like Israel to bomb their fellow Islamic nation; Abdullah of Saudi Arabia, not to be outdone, insisting 'America must cut off the head of this snake (Iran)'etc.

Too preoccupied that in the meanwhile they have totally forgotten about their long-suffering Muslim brethren in the West Bank and Gaza.

Well, I guess the Arabs are living up to the hilt their adage that the enemy of my enemy is my friend.

Thank you very much for the additional information.

It's not only Islamic nations like Saudi Arabia who turn a blind eye to the Palestinians' suffering. The Muslims, the Ummah are just the same.

Sometimes I feel like I'm whistling in the wind - talking about the plight of our Palestinian brethren.

But talk we must even though many are too distracted by their own sense of comfort.

Sorry for the delay in getting to your comment.